A new mental health support project for younger residents is coming to Wem.

The Heads Up project will be run by Shropshire Youth Association, initially for one year. It has been made possible by generous donations from local organisations including Connexus Housing, Wem Rotary, The Robert Hill Trust, and funds raised during Cllr Granger’s Mayoral term. The balance is funded by The Town Council. 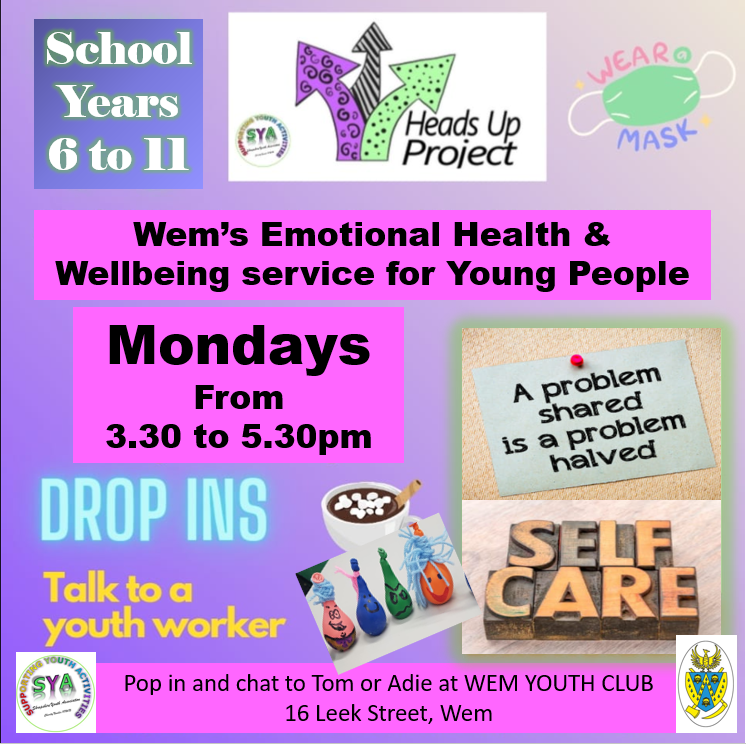